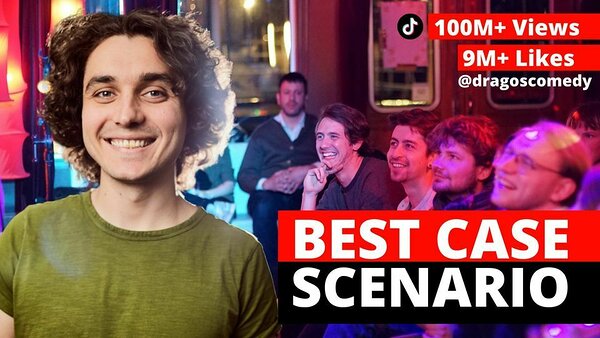 TICKET LINK:
https://ti.to/dragos-cristian-comedy/dragostartu2022
*10% if you tag a friend and like the page (we'll send you a PM with discount code)
*Local CORONA RULES APPLY IF ANY*
After the success of his first standup show Hungry Hungry Dragon - which was toured in over 70 European Cities, received over 500+ reviews and earned Dragos the role of opener for the Grammy Nominated Comedian Jim Gaffigan on his European Tour.
Dragos is now back working on a brand new show.

During the lockdown Dragos has spent his time writing for Comedy Central and building up international audience on TikTok of over 450 000 followers around the world.
With new perspective on the world - the new show promises to DARK, Inquisitive and Hilarious.
Join us on Sunday to see the new hour coming together!